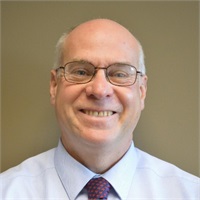 John is our in-house CPA and tax preparer.

John has been with Selik Wealth Management since early 2014.

John as been a CPA since 1991 and earned his bachelor’s degree from the University of Michigan. He is the former auditor for the State of Oregon.

John is father of Frannie who resides in Baltimore Maryland

He is a fitness enthusiast and a die-hard fan of Detroit professional sports. He also enjoys live music and is quite the handyman with many home improvement projects